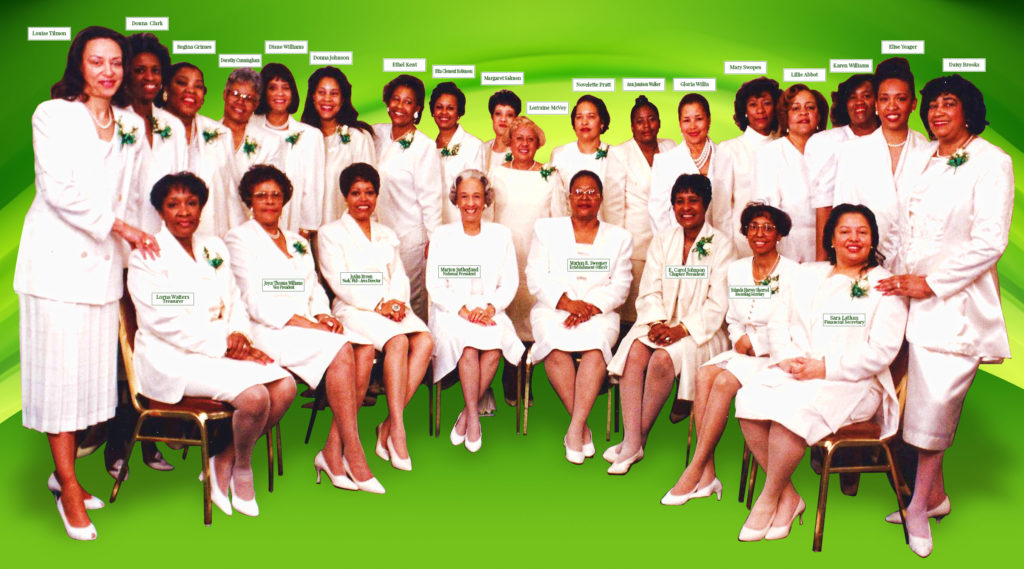 The formation of a group of women in Lake County, Illinois, presently known as the Harbor Lites Chapter of The Links, Incorporated, began in May of 1984. Five women were invited to meet at the home of the initiator, Link E. Carol Johnson, to brainstorm for the purpose of coming up with ideas on how to address the cultural and civic needs of the Afro-American population in the northern Illinois communities of North Chicago, Waukegan and Zion.

After several lengthy meetings and much discussion, the decision was made that we could appropriately address the needs of the identified communities through an internationally known affiliation. The group decided to request information regarding membership from The Links, Incorporated. The original group pursued the community leaders and those individuals who had demonstrated and expressed an interest in greater community, cultural and civic involvement. Their response was phenomenal. The wives of political figures, professionals and professional football and baseball players responded enthusiastically. Women in corporate executive positions became actively involved. All brought with them their particular expertise and shared most willingly to achieve our common goal.

After receiving several communications from The Links, Incorporated National Headquarters over several years we were encouraged to continue our efforts. However, a moratorium was called on all new chapter establishments for a period of time and the group decided to disband.

When our group was notified the moratorium had been lifted, the members responded enthusiastically. Some members had moved from the area, had begun other projects, and had made job changes which redesigned the time commitments. However, all continued to support the group in every way they could with their particular wealth of resources.

The addition of new members became necessary to maintain the required number of members. We all worked together toward a common goal establishing a common bond which has not been broken from the inception of our group.

Accomplishing a successful “coming together” has not been an easy task, but there comes a time when you know that the group has gelled. On the road to that ultimate feeling of unification, the members of the Harbor City Club (now known as Harbor Lites Chapter) took time from committee work and budget concerns to treat themselves to several fun-filled activities.

Bonding is a feeling, an intangible, a love for self, each other, group and community that cannot effectively be verbally communicated. You know it’s there; having it is just the beginning. It is the foundation upon which we build an organization of caring and concern for one another, our cities, our state, our country and our world.